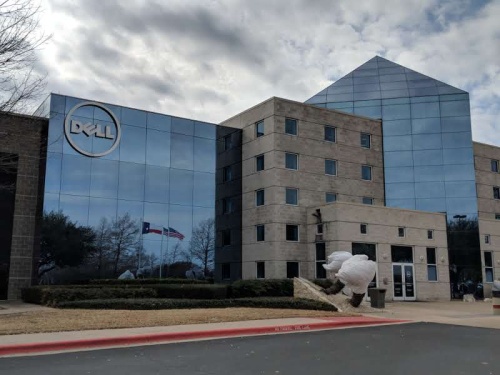 Round Rock-based Dell Technologies, Inc. will again become a public company after a stock deal with one of its subsidiaries, VMware.

A Monday morning announcement from Round Rock-based Dell Technologies, Inc. said the company’s stock will once again be listed on the New York Stock Exchange after it purchases the stock of one of its subsidiaries.

The company released information at 5:03 a.m. that said it will buy the publicly traded DVMT which tracks the performance of subsidiary VMware, which was part of Dell’s acquisition of EMC for $64 billion in 2016.

Dell holds 81 percent of the economic interest and a 97 percent voting interest in VMware and a class V common stock was created to track a portion of the interest.

Following completion of the transaction, the class C common stock will be listed on the NYSE.

Dell Technologies became the world’s largest privately held technology company, which has EMC II, VMware, Pivotal, SecureWorks, RSA and Virtustream in one company. It employs 138,000 worldwide, including 12,000 at its Round Rock campus.

Joe Warner is executive editor of Community Impact Newspaper. He previously served as managing editor for Central Texas and senior editor of the flagship Round Rock, Pflugerville and Hutto newspaper. He came to Central Texas from Metro Detroit, where he was editor and general manager of several daily and weekly publications. He is the former president of the Michigan Press Association and was on the MPA board of directors for nine years.