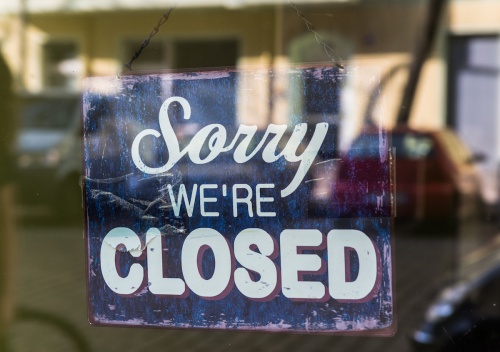 Workforce retention in the service and similar industries remains a top challenge in the Lake Travis area.

It is an issue that Lake Travis-area officials, employees and business leaders have been confronting for several years, and it does not appear to be getting any better.

Staffing shortages, particularly in the service and other similar industries, have proven a difficult problem to solve. As the cost of living in western Travis County continues to rise, community leaders are prioritizing fixes to the issue.

“We really feel that the main cause of not having a good workforce out here is attainable workforce housing,” said Laura Mitchell, Lake Travis Chamber of Commerce president. “It’s a very affluent area, and it’s not inexpensive to live here.”

Mitchell and other area stakeholders met with Workforce Solutions in February, and while that organization did provide them with data showing why the problem may exist, such as the fact that 77% of job seekers in the Lake Travis area are age 37 or older and not looking for entry-level jobs, she has not yet come away with a clear idea of how to fix the problem.

“If you talk to local businesses, their turnover rates are pretty high,” Mastrangelo said. “Mostly because if somebody finds a job closer to home, that’s what they want.”

Neil Engelmann, owner of O’Neill’s Pools in Lakeway, said when he started his business five years ago, keeping his staff filled was not a problem he anticipated, but that has been and remains one of his biggest challenges.

A majority of people working for O’Neill’s Pools do not live in Lakeway, Engelmann said. Rather, they drive in from Round Rock or downtown Austin or the Anderson Mill area.

“We have definitely lost people who have turned around and gone to other pool companies once the fatigue of driving to Lakeway every day kicks in,” he said.

Many of them come in from South and East Austin, and if they can find similar wages near where they live, that ends up being the better option, Rincon said.

“For them to drive all the way out here for a wage that they could earn a couple miles from their house in Austin doesn’t really make sense,” he said.

Mitchell has been working with area governments and other prominent members of the business community on finding solutions, and she has most recently prioritized attainable housing—both in existing buildings and buildings yet to be built—as a potential relief agent.

She commended Bee Cave Mayor Monty Parker and Lakeway Mayor Sandy Cox for their attention to the issue, and she has recently begun contacting apartment complex owners in the Lake Travis area and asking if they would be interested in potentially setting aside a number of units that would be less costly than standard market rates.

“All of the ones I’ve talked to have been very open to that [idea],” Mitchell said.

Talks have not covered specific details, such as how many units to set aside or what the discount would be, but Mitchell said she is glad they are willing to talk about fixes and are open to being a part of a solution.

“We know it is a multifaceted issue, and it’s also quite complex,” she said.

Brian has been a reporter and editor since 2012. He wrote about the music scene in Dallas-Fort Worth before becoming managing editor for the Graham Leader in Graham, Texas, in 2013. He relocated to Austin, Texas, in 2015 to work for Gatehouse Media's large design hub. He became the editor for the Lake Travis-Westlake publication of Community Impact in August 2018. From there he became a dual-market editor for Community Impact's New Braunfels and San Marcos-Buda-Kyle editions. Brian is now a senior editor for the company's flagship papers, the Round Rock and Pflugerville-Hutto editions.