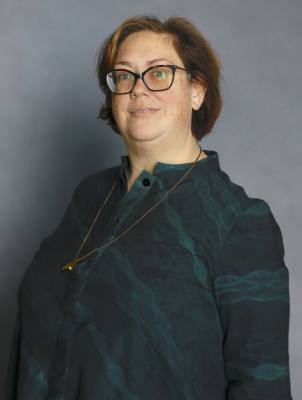 Officials from the Texas Department of Transportation along with state and local officials gathered to mark the groundbreaking of the project. (Jennifer Schaefer/Community Impact Newspaper)

The drive down Loop 360 will soon be less congested as drivers will have fewer opportunities to be caught by stoplights.

Officials from the Texas Department of Transportation along with state and local officials gathered Wednesday, June 1, at Riverbend Church to kick off the project.

The project will remove traffic signals and add underpasses at the intersections on Loop 360 at Westlake Drive and Cedar Street, according to a release from the department.

A nonsignalized U-turn will also be added at Westlake Drive. New northbound and southbound frontage roads and shared-use paths will also be constructed along the corridor, according to the release.

Austin Mayor Steve Adler said, thanks to projects like this that are being funded by the 2016 mobility bond, the city is now in a “golden age of mobility.”

“This is a project people are going to feel,” he said. “I’m really proud to be joining with our champions and advocates in the county and state.”

Adler said without such a large bond, projects on the outskirts of Austin would never have been possible.

Austin Mayor Pro Tem Alison Alter said she is excited about the project’s design and multimodality.

“The design that the city and TxDOT have decided to invest in is really going to transform this area,” she said. “It will really increase mobility, and it’s also going to allow for a lot of pedestrian improvements.”

Alter also said she is also excited about future intersections along Loop 360 that will also be improved, mentioning Courtyard Drive, just north of the Pennybacker Bridge.

The $72.1 million project is funded by TxDOT and the city of Austin’s 2016 mobility bond with about $14 million coming from the bond, according to Adler.

Construction begins this month and is expected to be completed by mid-2025.

Jennifer joined Community Impact Newspaper in January 2022. She spent the past 16 years working in newspapers as a reporter, copy editor and page designer. She is from Florida but has spent the past six years in the Austin area. She lives in Northwest Austin with her family and two dachshunds.