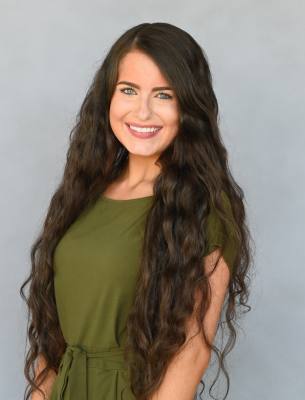 The project is constructing a single-lane roundabout at Bear Creek Parkway, Whitley Road and Elm Street. (Courtesy city of Keller)

The city of Keller has hit a roadblock in its construction of a roundabout at Bear Creek Parkway, Whitley Road and Elm Street, which will delay the intersection’s opening by about a month.

In its May 27 newsletter, the city wrote that the project “hit a snag” due to a manhole within the roundabout’s construction that is owned by the Trinity River Authority.

The project’s plans included adjustments to the manhole, which is used to access one of the TRA’s 24-inch wastewater lines, the newsletter states. TRA has been involved with the city on the roundabout project since the design phase in 2019, and a TRA inspector was on-site with city employees shortly after construction began in November to go over the plans. The city also sent the TRA its submissions related to work on the manhole in December.

However, the TRA officials who worked with the city early on in the project did not have the correct requirements for the manhole, according to the newsletter.

After the city made its submissions to the TRA in December and reached “out consistently beginning in March when we hadn’t yet heard anything back,” city officials found out that the work on the manhole “is more extensive than previously discussed,” the newsletter states.

“[The] TRA has acknowledged and apologized for the mistake, but there’s no getting around these new requirements,” the city wrote in the newsletter.

Due to a backlog in the TRA’s permit review process, the city’s permit was not approved until May 26. The Keller Public Works Department and contractor held a preconstruction meeting May 31 to discuss next steps.

Rachel Reynolds, Keller communication and public engagement manager, told Community Impact Newspaper that the permit was approved at the May 31 meeting, and work has started.

“Weather permitting, we’d expect to have the intersection open to traffic by the end of June,” Reynolds said.

The project is constructing a single-lane roundabout, which caused the Bear Creek Parkway and Whitley Road intersection to close entirely starting Jan. 17, according to a Dec. 13 press release from the city.

The project had already experienced a separate roadblock earlier this year due to the ice storms in February, which pushed the intersection’s opening from mid-May to late May, according to the newsletter.

“This is not the update you wanted, we know; this isn’t the update we wanted to be giving you,” the city wrote in the newsletter. “Thanks in advance for your patience and understanding as we make these adjustments and get back on track.”