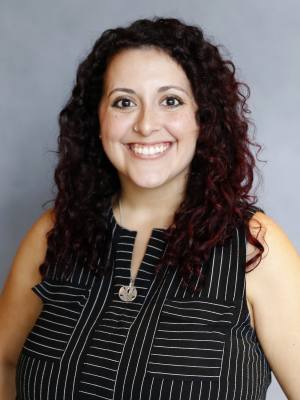 Montgomery County is anticipated to see professional job growth and increased home sales in 2019, according to Scott Davis, senior vice president for Meyers Research, LLC. On Dec. 6, the Montgomery County Builders and Developers Division—a branch of the Greater Houston Builders Association—hosted a luncheon to provide an economic outlook for 2019.

Davis, who served as the event's keynote speaker, offered insight at the luncheon into housing market and job growth projection of the Houston-Sugar Land-The Woodlands metro, otherwise known as the Greater Houston area. He said new home closings—or the amount of new homes that are sold—in the Greater Houston area as a whole have decreased 5 percent in the last 12 months.

Here are six trends to know as we move into 2019:
1. Houston area's energy sector likely to reduce oilfield jobs
Almost half of the U.S.' oil extraction workers work in the Houston-Sugar Land-The Woodlands metro, otherwise known as the Greater Houston area, Davis said. While Houston's energy sector is making a comeback after the 2014-2016 layoffs, Davis said the sector will likely reduce on-site oilfield jobs by 25 percent in 2019 by automating and consolidating jobs.

2. Montgomery County anticipated to bring more than 8,000 new jobs in 2019
Professional and business services, construction, as well as trade, transport and utilities were the top three sectors with the highest job growth in Montgomery County between 2017-2018, according to data from the U.S. Bureau of Economic Analysis. Davis said the professional and business services sector was largely driven by business development in The Woodlands area.

"We have the [housing] inventory here to supply what people are looking for, we have great master-planned communities and we have great amenities and schools," Davis said.

3. Standing home inventory is decreasing as more people move to the area
Additionally, Montgomery County's standing home inventory—or the homes that can be ready for occupancy in 60 days or less—has also decreased. Davis said this is beneficial for some areas of the housing market.

However, Davis also said some submarkets in the Greater Houston area, like the Spring/Tomball submarket, are not able to meet the demands of the region because the home inventory has been largely depleted.

"The reason why sales are declining is because we had about 30 percent more projects close out than we’ve had open [in 2018], so essentially we’re gapped out in that market," Davis said of the Spring and Tomball areas. "So we really don’t have the supply to meet the demand in that market."

“Houston is probably more dependent on master-planned communities that probably any other metro area in the country," he said.

"So we’re going to see a continued focus on master-planned development in Montgomery County, but we’re also going to see that move outside the [I-45] corridor out west and even toward east toward Liberty County," he said.

5. Interest rate increase is expected to spike mortgage rates
While the number of home sales increased in Montgomery County in 2018, Davis said some realtors are having to reduce home prices to make projects more affordable to buyers in the current market, where interest rates are increasing.

Davis said the 6 percent interest rate can translate to homebuyers having to pay $100-$700 more per month on mortgage payments—effectively putting the homebuyer into a position where they are unable to afford a new home.

“Every 0.25 percentage point or 25 base point increase in mortgage rates [pushes] 13,000 households in the Houston market out of the ability to buy a new home," he said. "It’s certainly a very real issue. I was talking to some of my builder clients in particular who were seeing a dramatic increase in cancellation rates [and] projects, [and] increasing difficulty financing buyers. So this is an issue we’re trying to figure out how to deal with as we’re coming out of really a historic run of low interest rates ... In the last 20 years, it’s never been more expensive to buy a new home in Houston, Texas than it is right now."

6. Davis predicts a 2-5 percent home sale increase in Montgomery County in 2019
"Montgomery County is in a fairly good place, it’s the only area in Houston where we’re still seeing [home] sales increase in a time when citywide sales are coming down," Davis said. "Some of the reasons for that: we have good job growth here, we’ve gotten the [home] inventory situation under control and we’re providing products at price points and sizes that people are interested in buying."

Kelly joined Community Impact Newspaper as a reporter in June 2017 after majoring in print journalism and creative writing at the University of Houston. In March 2019, she transitioned to editor for the Lake Houston-Humble-Kingwood edition and began covering the Spring and Klein area as well in August 2020. In June 2021, Kelly was promoted to South Houston managing editor.