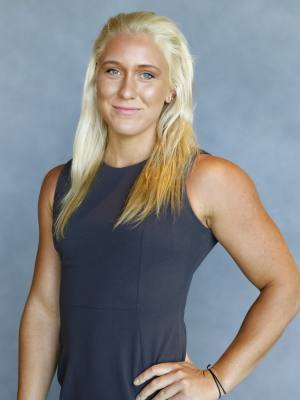 However, Houston must focus on regionalism and collaboration to maintain its status as an economic leader in an increasingly competitive global market, Davenport said.

“You’ve got so many things that regions around the world would love to have. And you’ve got them—you’re sitting on them— so…why didn’t Amazon choose us and what are we going to do about it?” she said, referring to Amazon’s decision to select New York and Virginia for its new headquarters.

Speaking at the Houston Northwest Chamber of Commerce luncheon Nov. 8 at CityPlace Marriott in Springwoods Village, Davenport outlined the factors that make an economically successful region, as well as the organization’s priorities for 2019, which include maintaining Houston as the global energy capital and continuing to grow its manufacturing and logistics sectors.

As new projects roll down the pipeline, Davenport said the region is having to contend with predicted new shifts, including the advancement of technology, automation and robotics—which yield high capital investments but result in less job creation.

“We’re creating projects, [but] the job counts are dropping,” she said.

The GHP’s long-term goals include fostering innovation in Houston’s energy sector; incorporating diversity and inclusion throughout the economic development scope of work; and positioning Houston as a global leader for life sciences, Davenport said.

“This is the energy capital of the world. We want to continue to capitalize on that but we also capitalize on…the innovation piece of that. That sets us up for the future so we are never playing catch up,” she said.

The other piece to the puzzle is promoting Houston’s assets, and economic leaders should focus on recruiting new talent and attracting companies like Amazon, Davenport said.

“We have to work on training, education [and] talent development,” she said.

The GHP offers a Talent Attraction Initiative’s Recruiter Tool Kit, which includes content for recruiters to share with prospective employees who are willing to relocate to Houston, such as downloadable videos, infographics and factsheets.

Looking ahead, Davenport said the region’s economic leaders must stay on top of macro trends from 2015-25 that will change the way jobs are done.

“Your region should be watching for these. Be ahead of the curve, be planning and strategizing so you don’t get left behind as businesses and the world begin to change,” she said.

Eva Vigh joined Community Impact Newspaper in 2018 as a reporter for Spring and Klein. Prior to this position, she covered upstream oil and gas news for a drilling contractors' association.