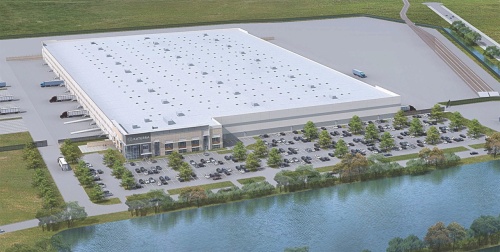 Katerra will build its new facility in a new Hays County location.

The California-based manufacturing firm that planned to be the first tenant at the San Marcos Air, Rail and Truck Terminal has decided to relocate to the Whisper development, which is located east of I-35 around Yarrington Road in San Marcos.

Hays County commissioners approved a performance-based, 10-year economic incentive agreement with Katerra at their Oct. 1 meeting. The company is making the change because it no longer needs the rail component of the SMART Terminal, according to Matt Ryan, Katerra's head of manufacturing and logistics.

“As our product and our business evolved, the need for inbound rail was no longer necessary, so it gave us some optionality,” Ryan said.

Katerra aims to streamline building construction by manufacturing parts—such as cabinets, windows, countertops, walls, and floor and roof tresses—that can later be assembled. San Marcos will be the company's regional hub, Ryan said, with manufactured items shipping as far as 500-600 miles away. The company recently opened a similar facility in Northern California.

The Hays County economic incentive agreement, which is contingent on Katerra hiring at least 530 employees, will give the company rebates of 30% on real property in the first three years and 80% on personal property during the same time frame, with diminishing percentages in the following years, according to the Greater San Marcos Partnership.

The GSMP also said the company plans to break ground in December. Over the 10-year incentive period, Hays County will generate $1,997,481 in new tax revenue.

“Katerra continues to demonstrate that it believes the Greater San Marcos region is the ideal location for its new manufacturing facility, despite no longer requiring rail service,” GSMP Vice President Jason Giulietti said in a statement to Community Impact Newspaper. ”Katerra’s capital investment, taxes, and job creation will make a significant and ongoing impact on the economy in the heart of the Texas Innovation Corridor.”

Though Caldwell County previously had an economic incentive agreement with Katerra, at the Oct. 1 meeting Commissioner Debbie Ingalsbe said the two counties had worked together on Katerra’s move.

SMART Terminal developer Mike Schroeder said he is just glad that Katerra is remaining in the area.

"I'm not a win/lose type of guy," Schroeder said. "I'm just glad they are staying in San Marcos.

County Judge Ruben Becerra told Community Impact Newspaper that it is important for the county to take every chance it has for creating jobs.

“I think it’s a good opportunity for us,” Becerra said. “I’m grateful that companies want to invest in our community.”

Note: This article has been updated with comment from Mike Schroeder.

Katharine Jose has written about politics, infrastructure, environment, development, natural disasters and other subjects for The New York Observer, Capital New York, and The New York Times, among other publications. She was an editor for several publicat