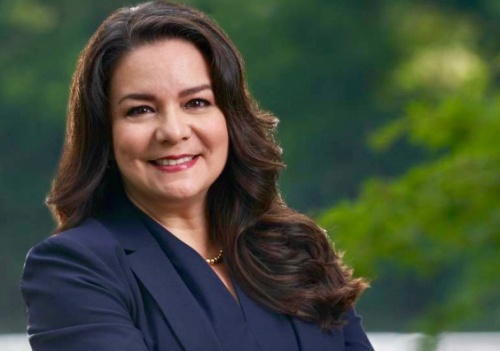 Adriana Cruz has led the Greater San Marcos Partnership since 2013.

Gov. Greg Abbott has named Adriana Cruz, currently president of the Greater San Marcos Partnership, as executive director of the Economic Development and Tourism Division within his office.

"Texas leads the nation as the best state for business and job growth, with the most corporate relocation and expansion projects, and our economy has been growing faster than the nation as a whole,” Abbott said in a news release about the appointment. “I am confident that Adriana’s experience and perspective will help the state continue that economic momentum, further expanding the path to prosperity for more Texas families across every region of this great state.”

The GSMP, a regional economic development organization, was established in 2010 and has worked to bring projects such as the Amazon fulfillment center and the SMART Terminal to the Hays and Caldwell county area.

Before taking the position at GSMP in 2013, Cruz serviced as vice president of global corporate recruitment for the Austin Chamber of Commerce.

The department Cruz will lead in the governor’s office is responsible for promoting Texas as a destination for business, tourism and trade. The EDTD incorporates the Texas Film Commission, Texas Military Preparedness Commission, Texas Workforce Investment Council and Travel Texas, among other divisions.